[Editor’s note: This script no longer works in later versions of Mac OS. And it doesn’t work in CS6 or CC. However, see links at bottom of this article for more options.]

Unfortunately, this app appears to be Mac OS only, but the fact that it works would imply that Adobe actually puts all those languages into the program. If so, then perhaps there is a trick on Windows that would do it, too. (My guess is that it has to do with the Registry. Everything seems to involve the Registry!)

The app works like this: You double-click the app and it asks you to find your copy of InDesign. (No, it doesn’t appear to work with anything other than ID.) Then you choose a language: When you click OK, it quits. But the next time you launch InDesign, it’s in the different language! If you run the app again, it says it can restore you back to your original language, which is very handy.

Look, I have no idea if this causes any other weirdness with InDesign. One person on the InDesign team at Adobe who saw it said, “this is totally a ‘use at your own risk’ scenario.” But I was so excited that I went and tried a bunch of different languages, and it seems to work fine… with one significant exception: In CS4, all my panels and keyboard shortctuts disappeared! That’s bad. But I poked around for a while and found a workaround. More on that in a minute. But first, check out these two screen shots from my (US) copy of InDesign: 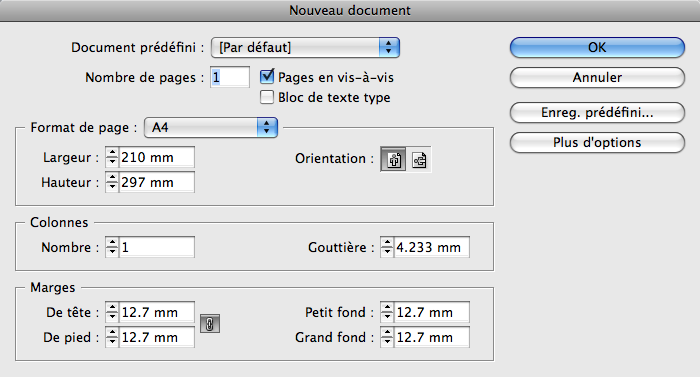 Not all the interface elements work perfectly. For example, sometimes text gets cut off weirdly:

But in general, all the languages I tried seem to work okay.

When I tested this in CS3, the panels and shortcuts all worked without a hiccup. But CS4 seems to be different, and it opens with no panels at all–not even a Tools panel! Fortunately, I found that you can manually choose each of the panels from the Window menu (or whatever that menu is called in the language you’re using). It’s tedious, but it mostly works. Note that at first, most of the panels are docked into a single panel: But there appears to be an easier way to “reset” the panels. At least this worked for me on my US English version. Tell me if it works in other languages.

First, note that in Applications/Adobe InDesign/Presets/InDesign Workspaces there is a folder called en_US. Let’s say you are switching to Russian. You need to duplicate the folder you have and call it ru_RU . Then, when you launch InDesign, you have to choose one of the workspaces (such as “Advanced”) from the Window>Workspace menu:

Similarly, you can get your keyboard shortcuts by duplicating the en_EN folder inside Presets/InDesign Shortcut Sets (and then renaming it, of course). Then, after launching InDesign, you have to choose Edit > Keyboard Shortcuts (using whatever language you’re in now) and choose Default from the Keyboard Shortcut set popup menu. When you click OK, the KBSC should work again. Of course, the tricky thing is to figure out what the duplicate folder should be named. For example, if you switch to German, it should be de_DE, Korean is ko_KR, and Finnish is he_IL… I think. Or maybe that’s Italian. I can’t remember. Here is the trick to finding out: After you switch to a language and launch InDesign, the program creates a new folder inside the Home/Library/Preferences/Adobe InDesign/Version 6.0 folder. Look inside that folder and you will see how InDesign named the folder. Use that same name in the Presets locations above!

Fortunately, you only have to do this once for each language you want to use.

How Good is the Translation?

My foreign language experience is limited to high school Spanish and the ability to order a beer in Germany and Japan. So I cannot pass judgement on how good these translations are. From what I’ve heard from other users, this may not be exactly the same as the versions that Adobe ships in other countries, but it’s pretty close.

One person I talked with also pointed out that changing your version of InDesign may break the terms of your license agreement with Adobe. So I’m not encouraging you or inciting you to do this! But I have to tell you that it’s dang cool that this little app works at all, as it’s something I’ve wanted to be able to do ever since I started demoing InDesign to groups overseas. (Quark Passport used to have a menu item right in the program that let you do this. Very convenient!)

Oh, that reminds me of something else: Changing the user interface language doesn’t add any additional features. For example, you can change the UI to Japanese, but that won’t give you any of the cool Japanese features (rubi, vertical text, and so on). And I found it interesting that you can not change the language to Hebrew, Arabic, Greek, Chinese, or Klingon. (Yes, there is an “Other” field, so I felt compelled to try.)

If you decide you want to use it, you can download it from here. Let me know (below) what works and (if anything) what doesn’t.

Update: Some users have had trouble with that app in Mac OS X 10.7 (Lion). Here is an updated version that should work!

Helping Spell Check to deal with other languages